I love pom pom and I love cupcakes!!!! So I have decided to merge this two and create something really cute for our tea and cupcake party I am preparing for my princess. No, it is not our birthday, but it is a great opportunity for her to play with her friends and for me to have a cup of tea with my friends also! A minimum decoration made from us and tea in many tastes and cupcakes will be just fine for all of us! 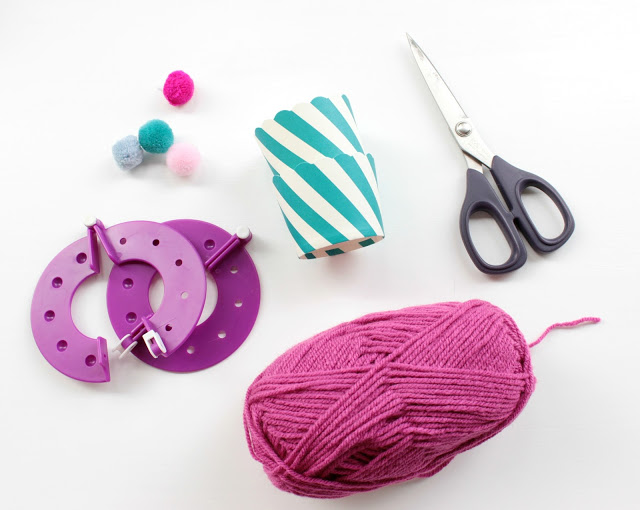 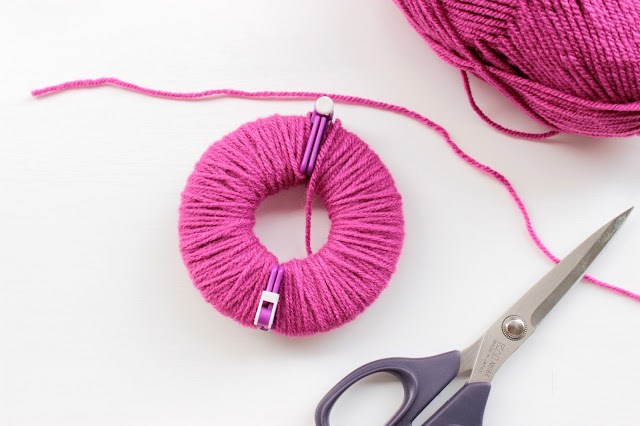 The procedure is really easy and so fun. First put your two parts of the half pom pom together. Start winding the yarn around the maker and continue this until the maker is totally covered.Repeat this procedure with the other half. 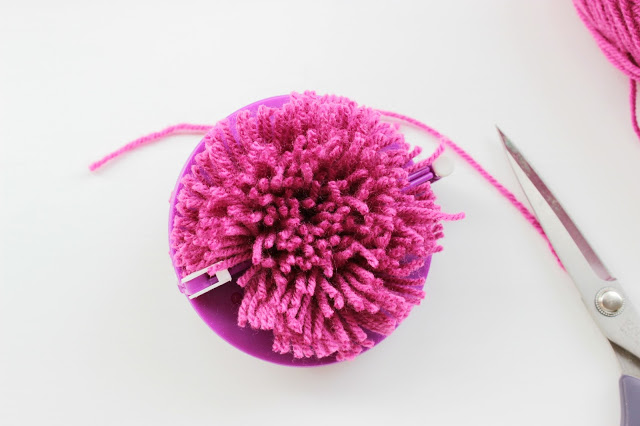 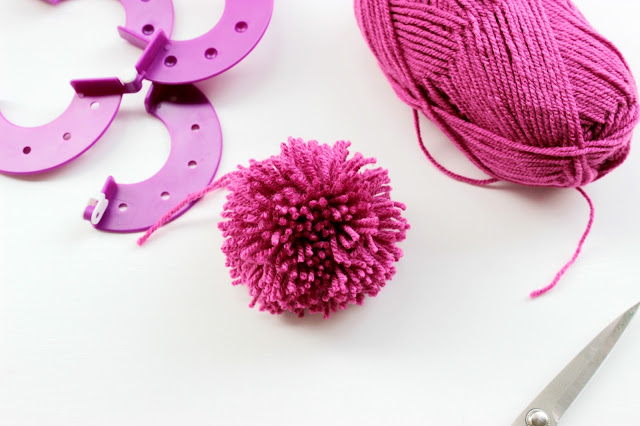 Di-assembly the pom pom maker and give your pom pom a trim. Your yarn pom pom is ready! 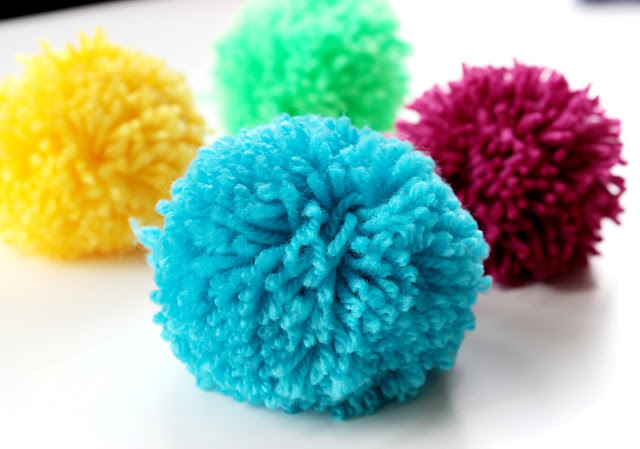 Repeat the above procedure to create more. We have created a few of pink and yellow and bright green and turquoise, all of them adorable! 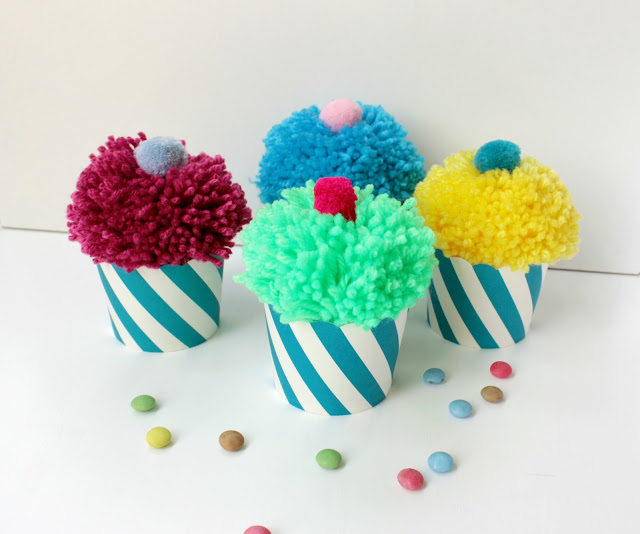 And we are almost done. Put the pom pom into the cupcake case and with hot glue decorate your “cupcake” with a smaller pom pom or button or marshmallows! The cutest cupckaces ever, are ready!!!

What do you think? Aren’t they pretty for your kitchen decor also??? 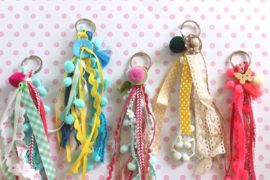 DIY How to make Fabric and Ribbon Scraps Keyholders

#Backtoschool DIY How to make a Rainbow Notebook

5 minutes diy – How to make a Glitter Star Headband